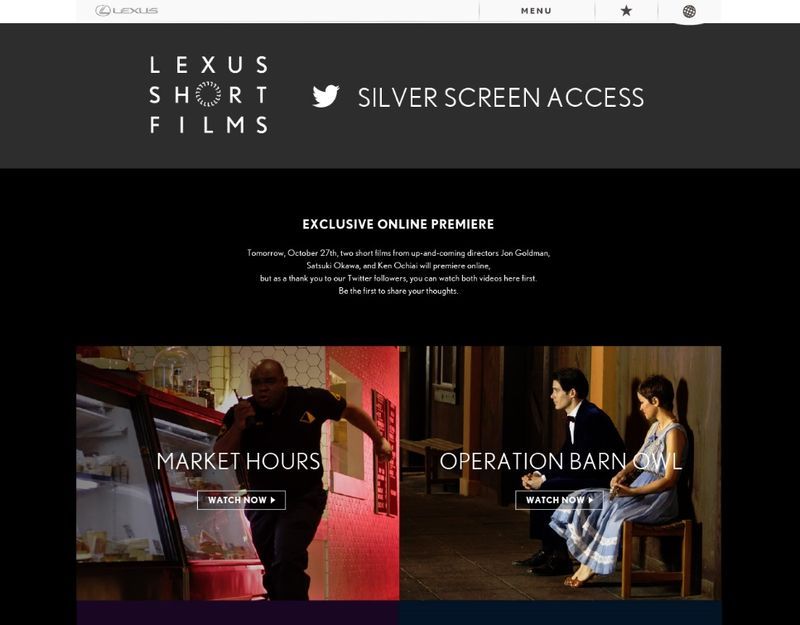 Taking inspiration from the concept of a VIP pre-release movie screening, Lexus and Twitter will give followers of the luxury car brand a sneak peek at the film footage in advance. On October 26th, the @LexusInt account will be locked for a period of 24 hours and only fans will be given access to a private link for pre-screening. Locking a brand's Twitter account for a follower-only event is something new for Twitter and as of now, there's still a chance to get in on the action if you want to make sure you get your eyes on the short films before everybody else.
4.4
Score
Popularity
Activity
Freshness
Access Advisory Services