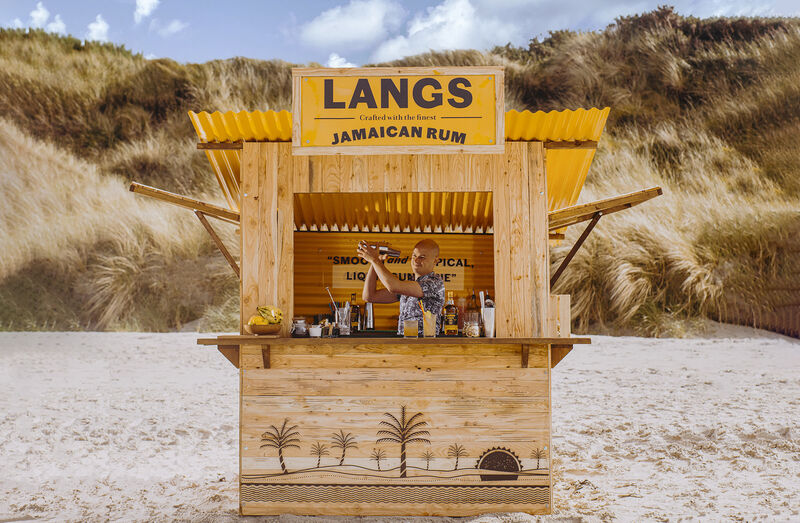 Grace Mahas — September 24, 2020 — Lifestyle
References: foodanddrink.scotsman
Share on Facebook Share on Twitter Share on LinkedIn Share on Pinterest
Langs Jamaican Rum, the Caribbean alcohol brand that has "a long history of bringing a flavor of the Caribbean to Scotland," recently launched an "unhurried" staycation-inspired pop-up on Camusdarach Beach. The activation comes alongside a tropical launch and photoshoot on the shores for its new Langs Banana Rum. The new offering features hints of toffee, notes of tropical fruit and an earthly aroma with an ABV of 37.5%.

Barbara Turing, innovation manager at Ian Macleod Distillers, who own Langs Rum, commented on the activation, stating: “Although the rum shack is a Caribbean icon, it certainly won’t look out of place in this setting – the beach is spectacular. Our rum benefits from the best of both countries; the finest rum from Jamaica infused with natural banana flavor in Scotland. It’s a special relationship that’s created liquid sunshine in a bottle.””