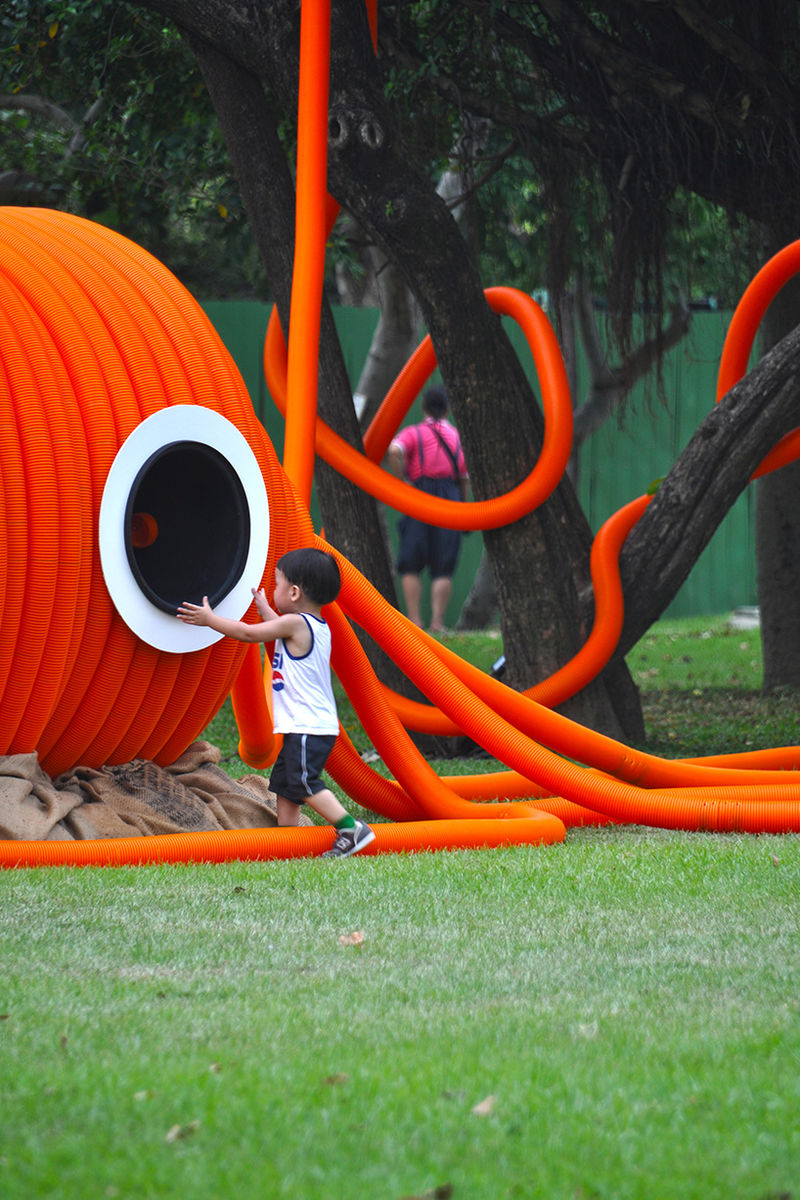 'Kraki' the Giant Squid Was Inspired by the Kraken

Following the festival's theme of "story of a river," this interactive display invites guests of all ages to explore. The large orange aquatic monster was inspired by traditional descriptions found during the late 13th century of the legendary sea monster, the "Kraken," which served as inspiration for Herman Melville's Moby Dick and Jules Verne's 2,000 Leagues Under the Sea.

The large art piece serves as a more welcoming iteration in comparison to other descriptions of the monster, boasting large google eyes, and hollow tentacles, which can be picked up and spoken into.