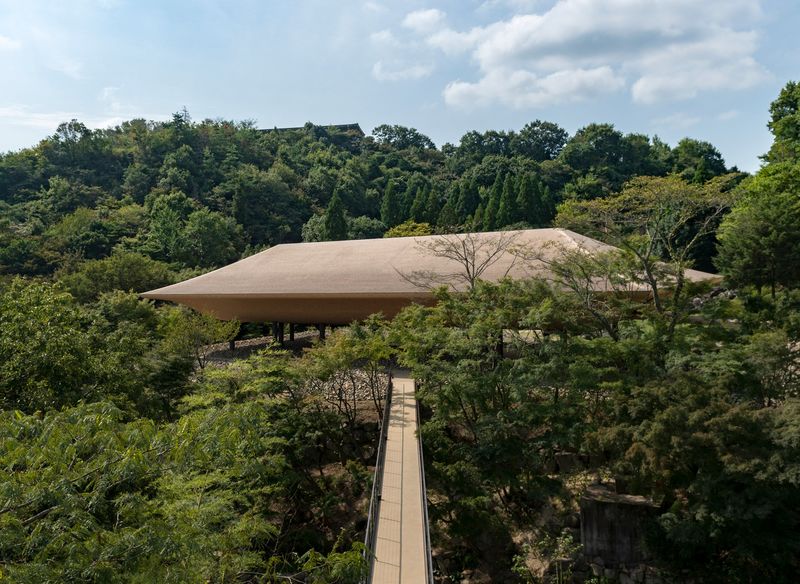 The Kohtei Pavilion Honors Those Lost at Sea

Joey Haar — July 10, 2017 — Art & Design
References: dezeen
Built on the grounds of the Shinshoji Zen Museum and Gardens in Japan, the Kohtei pavilion looks like it might be better suited on a seashore than marooned on land. The shingle-covered pavilion, which was designed by Sandwich architecture studio, has the contours of a ship's hull in honor of those who've lost their lives at sea.

The nautical commemoration is inspired by the location of the building. It is on the gardens of Tenshinzan Shinshoji, a discrete area within the Shinshoji Zen Museum and Gardens. Tenshinzan is itself established as a tribute to workers who died at sea, so the ship-like design of the pavilion is fitting.

The smooth and even appearance of the Kohtei pavilion is a result of its facade. The building is covered in thousands of identical wood shingles, furthering its ark-like appearance.
1.2
Score
Popularity
Activity
Freshness