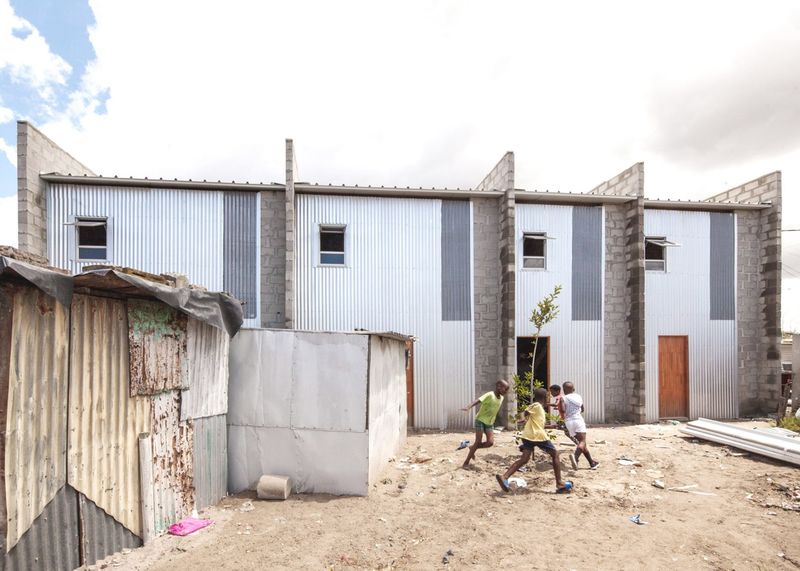 Joey Haar — December 29, 2017 — Art & Design
References: dezeen
Khayelitsha, the second largest township in Cape Town, South Africa, is also one of the most impoverished urban areas in the region. The neighborhoods are full of informal settlements and improvised housing that are unsafe, both in terms of structure and security, so Urban-Think Tank has developed a low-cost housing alternative.

The new set of 16 housing units were erected to demonstrate the efficacy of Urban-Think Tank's system in Khayelitsha, and the design strategy collective hopes to build them on a far larger scale in the coming months. The homes use readily available materials from the surrounding area and can be constructed relatively quickly, making them an effective way to deal with the housing crisis in Khayelitsha as well as other slums throughout South Africa.
7.2
Score
Popularity
Activity
Freshness