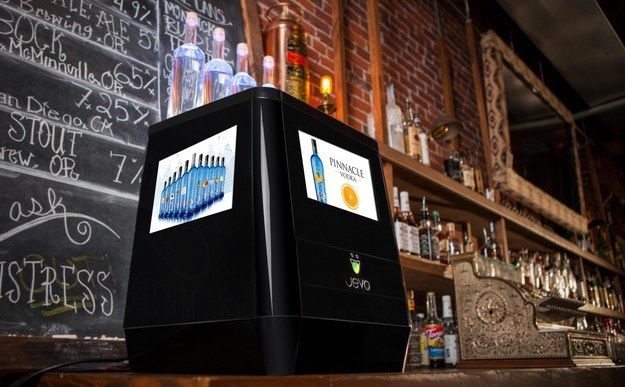 Flavored gelatin pods like Strawberry Margarita, Lemon, Watermelon and Banana Cream Pie contain 1.5 ounces of gelatin, which are mixed in the machine with another half ounce of alcohol. Although this machine takes a lot of the guesswork out of mixing drinks, it's still possible to get creative with making drinks. So far it's been noted that one of the best combinations is an Apple or Cherry flavor mixed with a Jim Beam Kentucky Fire. The device definitely takes up some space on the bar top, but it can also double as a machine to make regular shots without gelatin too.

As well as being a party machine, Jevo is being tested as a way to deliver proteins, vitamins and other medicines to elderly patients.
2.3
Score
Popularity
Activity
Freshness
Attend Future Festival