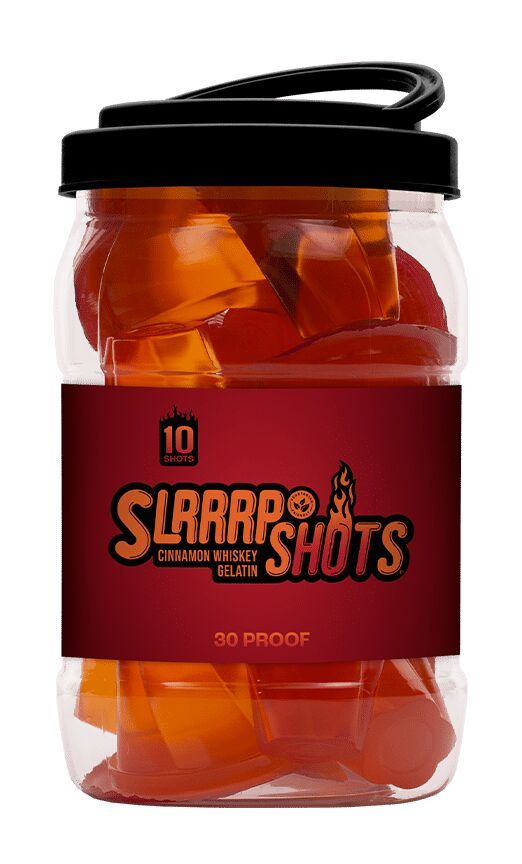 Niko Pajkovic — November 8, 2021 — Lifestyle
References: slrrrp & bevnet
Share on Facebook Share on Twitter Share on LinkedIn Share on Pinterest
SLRRRP Shots, the niche brand specializing in ready-to-drink jello shots, has announced the release of a new product: the 'Cinnamon Whiskey' gelatin shot. According to the company, the new product is the first-of-its-kind on the market and will now belong to SLRRRP Shots' year-round lineup.

The new jello shot is delivered at a 15% ABV and is entirely vegan-friendly. Like SLRRRP Shots' other products, the new 'Cinnamon Whiskey' flavor is made from innovative, plant-based gelatin and designed as a convenient grab-and-go option that does not require refrigeration. Setting it apart from their other flavors, however, is that this version is infused with premium whiskey and cinnamon spices.