Innovating in Tech and Basketball 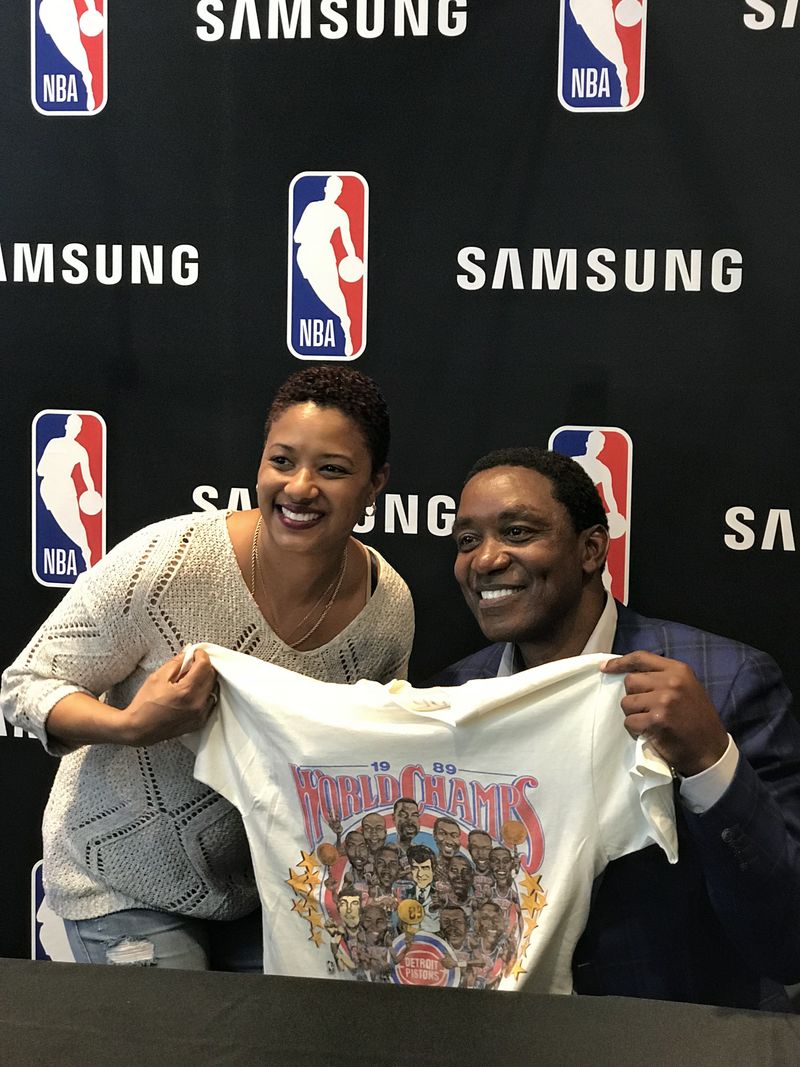 An Interview with Samsung and NBA Hall of Famer Isiah Thomas

Joey Haar — April 4, 2018 — Tech
References: nba & samsung
Share on Facebook Share on Twitter Share on LinkedIn Share on Pinterest
As tech companies continue to grow both in size and influence, we've come to expect the biggest brands to focus on accelerating their innovation. Indeed, innovation is so closely associated with the world of technology that for many there's been a metonymous slippage, with innovation existing solely in terms of its impact on tech companies. But innovation can happen anywhere. In celebration of Samsung and the NBA's renewed partnership for the 2018 NBA Playoffs, Trend Hunter spoke with Mark Childs, Samsung Canada's CMO, to discuss the role of innovation in tech, as well as NBA Hall of Famer and legend Isiah Thomas to examine innovation on a broad scale.

For Samsung, innovation applies not only to products but to consumers' holistic experience of the brand. That's evident in the name of the brand's flagship Canadian retail location, the 'Samsung Experience Store', where Samsung and the NBA held a viewing party for the Toronto Raptors' showdown against the reigning conference champion Cleveland Cavaliers. In partnering with the NBA, Samsung is bringing the immersive, live sporting experience to its newest products. "Looking at basketball through the lens of the Galaxy S9, the Infinity Screen provides an incredibly immersive picture," said Childs, "and with AKG-tuned stereo speakers with Dolby Surround sound, the action is going to look and sound as incredible as it does on the court."

Innovation doesn't only happen through a smartphone screen, though. In speaking with Isiah Thomas, one gets a sense of the impact that innovative thinking can have on any industry. Not only was Isiah an NBA Champion and Finals MVP during his playing career on the Detroit Pistons, but he quickly transitioned into a front office role with the Raptors during the team's inception in the mid-90s. With responsibilities for both building the on-court product and the off-court brand, Thomas needed to innovate and adapt to the landscape of the time. "When I first got here, basketball wasn't part of the culture. It was a hockey culture," Thomas noted. "But now, basketball has been embraced, and it's a meaningful part of Canadian culture." That's putting it lightly: in the 2017-18 NBA season, there's been a double-digit increase in viewership across Canada's national broadcasters.

Thomas' innovation focused in on the Raptors' style of play as well. Though today's NBA fan expects speed and three-point shooting, the 90s were a time of size, power, and dominance in the paint. Bucking the established trends and portending the sport's future, Thomas built an NBA roster with just a single big surrounded by athletic wings — including the eventual franchise superstar, Vince Carter. "You're going to have a lot of resistance," Thomas said. "When we were talking about playing small ball, people thought we were crazy, but 20 years later that's how the game is being played." Thomas knows that other people might not share an innovator's vision, but if it's the right one, it'll prevail.

App-Connected Jerseys
NikeConnect Can Be Accessed Through NBA Team Jerseys