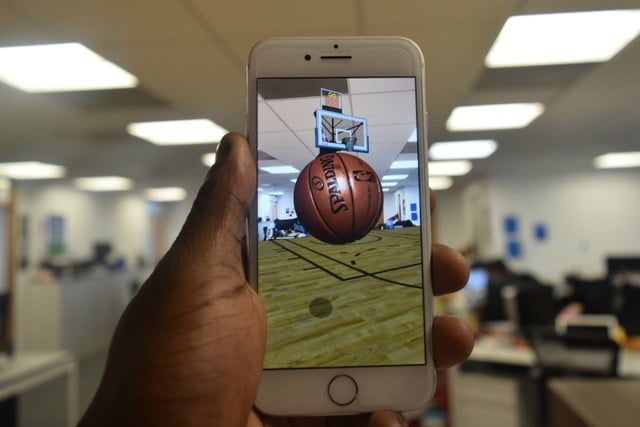 In order to deepen an emotional connection between the player and the game, this app enables individuals to select which team they wish to represent on the augmented court. After selecting one's favorite team, players can move the phone around the room, until the perfect location to shoot can be located. Once the game begins, users will have 30 seconds to sink as many jump shots as possible, by simply flicking the augmented ball towards the digital basket.

The NBA has previously experimented with augmented reality, with the Cleveland Cavaliers and Sacramento Kings releasing team-specific AR apps in the past year. Through the use of NBA AR, fans of the sport can stay connected virtually anywhere.
3.9
Score
Popularity
Activity
Freshness
Get Trend Hunter Dashboard

App-Connected Jerseys
NikeConnect Can Be Accessed Through NBA Team Jerseys