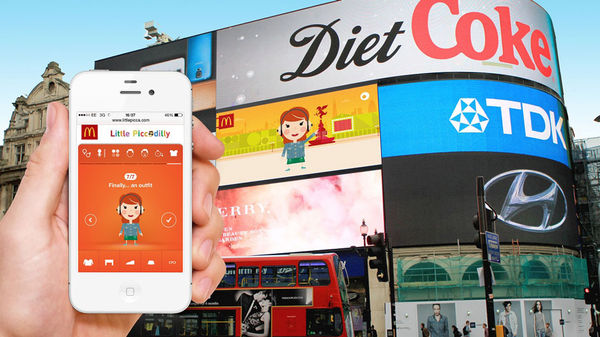 In Piccadilly Circus, McDonald's has set up a billboard where you can create a small animated character in your likeness on LittlePicca.com. After creating a character, the Little Picca will become part of the virtual world of Little Piccadilly, where characters can chat and dance. What's particularly neat about the billboard is that it also reflects the weather as it really is in Piccadilly.

Anyone can visit the Little Picca website and create a character, but you won't be able to see the character visit the McDonald's screen at Piccadilly Circus unless you are in Piccadilly.
4.1
Score
Popularity
Activity
Freshness
Get Trend Hunter Dashboard