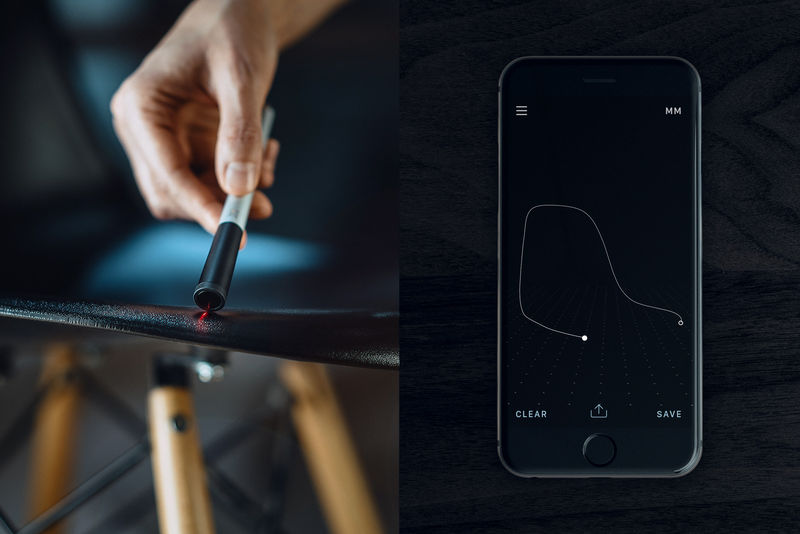 Joey Haar — December 7, 2016 — Art & Design
References: instrumments & indiegogo
Share on Facebook Share on Twitter Share on LinkedIn Share on Pinterest
InstruMMent recently made waves with a successful crowdfunding campaign for its '01' device and app, and the company is continuing to innovate with the introduction of the InstruMMent 01Go and Pro App. The new app and device make the company's unique dimensioning system portable, allowing designers to gather inspiration from anywhere.

Beyond just a measuring device, the InstruMMent 01Go is a dimensioning device. Measuring tape, for example, can only assess an object in one dimension. Through the use of precise laser technology and an accompanying app, the InstruMMent 01Go can take measurements in 3D (new to the Pro App,) quickly scanning objects and converting them into manipulable digital concepts.

The 01Go differs from the 01 in that it removes the pen, making it far smaller and more convenient to carry around.
5.2
Score
Popularity
Activity
Freshness
Get Trend Hunter Dashboard