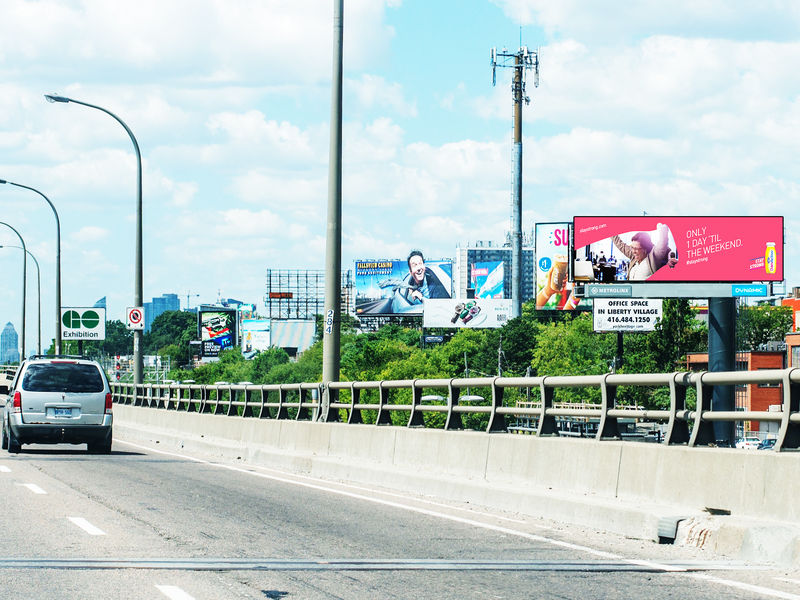 INRIX Billboards are Able to Change Ads Based on Traffic Speed

Joey Haar — July 31, 2016 — Tech
References: inrix & wired
Billboard advertisers have long been faced with a dilemma that INRIX billboards could solve. In the past, companies had to make a choice when it came to billboard ads: either put out intricate, text-heavy spots on the assumption that traffic will be mostly gridlocked, or post a lightweight, image-focused ad for drivers who can only take a quick glance while speeding by. Now though, INRIX billboards are able to sense the speed of traffic and present the right ad for their drivers.

Trials of the digital billboards have been underway in Montreal and Toronto. The traffic tracking system works in the same way that mapping services like Google Maps list traffic predictions. The INRIX billboards take data from drivers' smartphones and use it to analyze the traffic speed in the area.