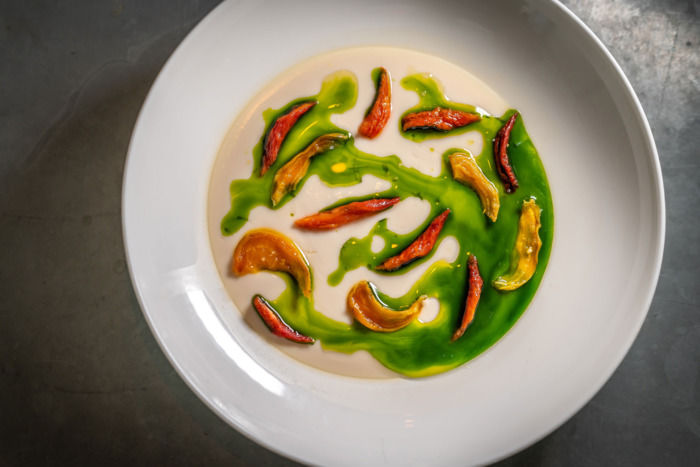 'Sans' Crafts Vegan Food Without a Focus on Health

Justin Lam — September 17, 2018 — Lifestyle
References: sansbk & grubstreet
Share on Facebook Share on Twitter Share on LinkedIn Share on Pinterest
Vegan food is often closely associated with health-focused options but Champ Jones' new restaurant, Sans, aims to offer indulgent vegan eating. According to Jones, "We want to appeal to the plant-based crowd, but at the same time, we’re avoiding being healthy. We’re trying to go for tasty food that’s satiating.” The goal isn't to disparage healthy food but to instead introduce more people to veganism with food that is "delicious, pleasurable, and accessible to all people."

Some of the indulgent vegan items on the menu at Sans include a crispy potato lattice with chive dip and bread with malt and garlic “butters.” The menu will also include appetizer-size small plates, featuring items such as sea vegetables, tarte flambée with maitake mushrooms and a plum terrine. Jones believes that the plum terrine best exemplifies what he is trying to create as it celebrates rich flavors traditionally found in meat-based dishes.