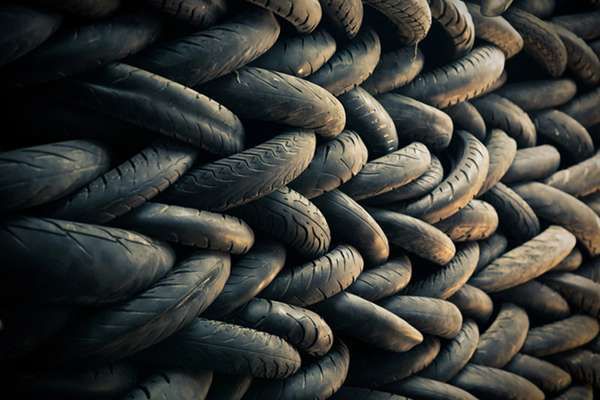 IndoSole Uses Old Tires and Transforms Them into Eco-Friendly Footwear

Kevin Young — March 29, 2012 — Social Good
References: indosole & shopwithmeaning.org
Share on Facebook Share on Twitter Share on LinkedIn Share on Pinterest
IndoSole shoes are stylish and come in many different forms including boatshoes and sandals. The best part about these shoes is the fact that they're eco-friendly and from a mission to eliminate the myriad of used tires in Indonesia.

Indonesia's leading mode of transportation are motorbikes, and with the amount of used tires trashed in the dump, there's a heck of a lot of chemicals and rubber being wasted and left on land. It takes thousands of years for one single tire to break down and with the amount of tires being rolled out into the market, it's devastating to the environment. The people behind IndoSole were impacted by these numbers and with that they decided to make eco-friendly shoes from disposed tires. Two purchases of IndoSole shoes will save one tire from entering a landfill.

The materials all come from within this island nation and tires come from landfills that are then sanitized and placed into production to make fashionable, everyday footwear. Every single pair of IndoSole shoes are hand-crafted by Balinese artisans, which makes these shoes even more special. IndoSole offers flip flops, beach shoes and loafers made for both men and women.

Jump on the IndoSole bandwagon to help save one million tires from landfills in Indonesia and make a socially responsible footprint while you're on this path.