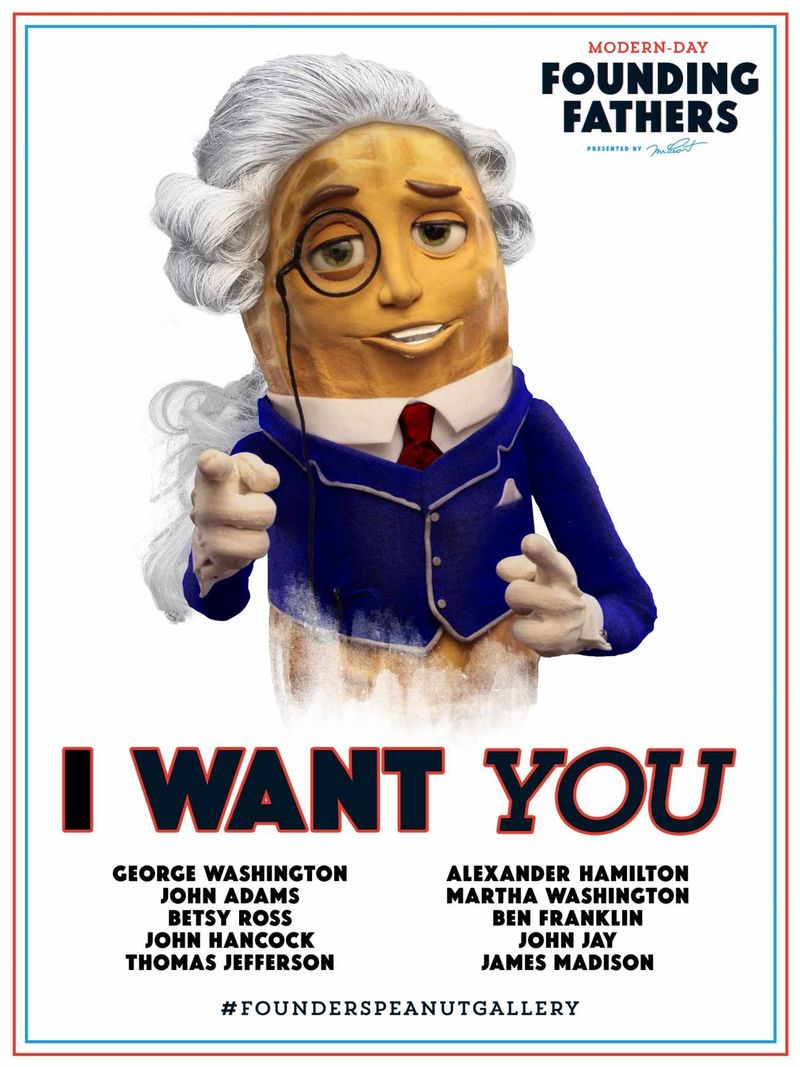 Laura McQuarrie — July 3, 2014 — Lifestyle
References: facebook & adsoftheworld
In a quirky Independence Day campaign to honor America's founding fathers on the 4th of July, Mr. Peanut wants to thank modern-day Americans who happen to share the same name as figures like George or Martha Washington, James Madison, Thomas Jefferson. The campaign was initiated on Facebook, where people are encouraged to comment so that their name is publicly displayed. If you're truly a founding father, Mr. Peanut will send a jar of its American-grown peanuts and a wig to the first 50 of each name.

Although your name probably doesn't have to be John Hancock or John Adams, a quick edit to Facebook will surely fix that, since there seems to be an awful lot of people named after the founding fathers popping up on the Mr. Peanut Facebook page.
4.9
Score
Popularity
Activity
Freshness