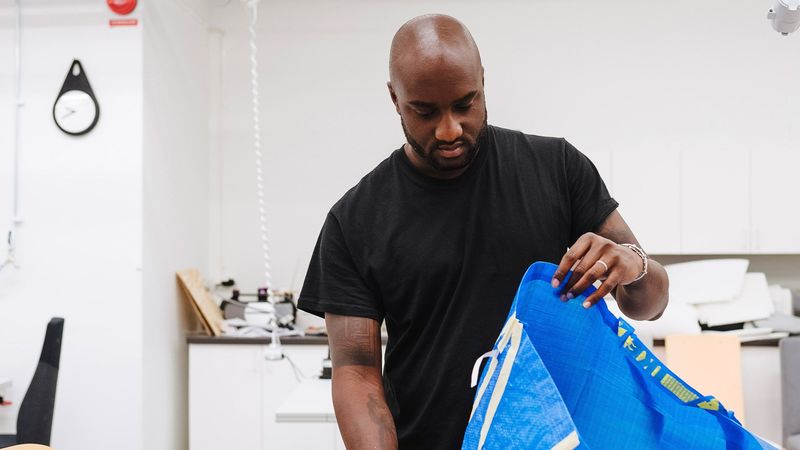 The collaborative collection's announcement featured Abloh's presentation of his take on the furniture brand's iconic Frakta bag, which has been the subject of much Instagram-driven DIY inspiration recently, after Balenciaga announced it's plans to create a £1,705 version of the ultra-cheap shopping bag. Abloh's own iteration of the Frakta bag was made out of cardboard and featured the words "SCULPTURE" written on the the side.