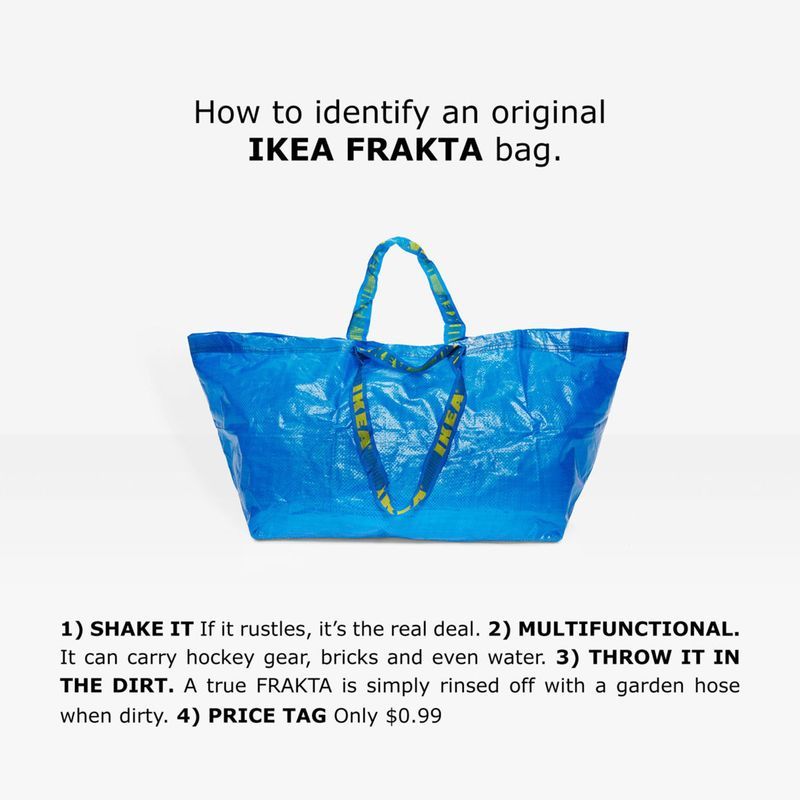 Joey Haar — April 26, 2017 — Fashion
References: dezeen
Share on Facebook Share on Twitter Share on LinkedIn Share on Pinterest
Balenciaga, the haute couture brand from Spain, recently released a tote that looks startlingly similar to the iconic IKEA Frakta bag, so the Swedish furniture and decor megastore released a handy guide to help consumers tell the difference. The tongue-in-cheek guide, entitled 'How to identify an original IKEA FRAKTA bag.' enumerates that if the bag rustles, rinses off easily, has the sturdiness to carry tough loads, and if it costs just 99 cents, then it must be the real deal.

The joke here, of course, is that the typical consumer would be more concerned with whether their Balenciaga bag was a fake than their IKEA bag. Since the Balenciaga tote comes in at a staggering 1,705 British pounds, its authenticity is paramount. But considering the Balenciaga bag's homage to IKEA, the Swedish brand couldn't help but to poke some fun.
5.3
Score
Popularity
Activity
Freshness
View Innovation Webinars