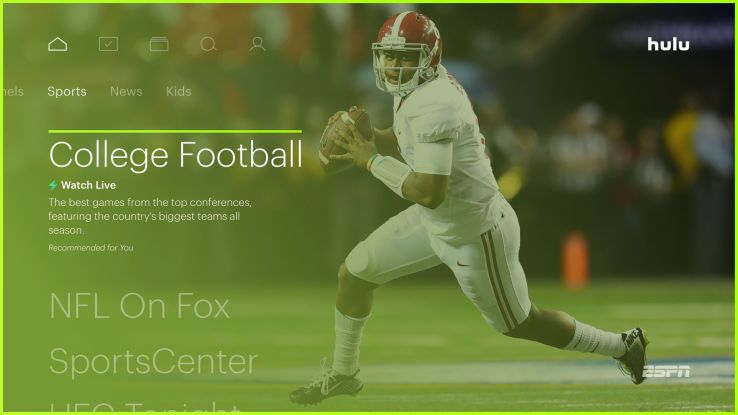 Justin Lam — February 13, 2018 — Tech
References: techcrunch & engadget
Share on Facebook Share on Twitter Share on LinkedIn Share on Pinterest
Hulu 60fps support is ready and just in time for its Olympic coverage. Subscribers to Hulu's live TV service will now be given access to certain channels that support 60fps, including stations with broadcasts of March Madness and the Winter Olympics. This feature has been requested by sport fans for some time now, as higher frame-rates tend to capture action in more precise ways.

The first phase of Hulu 60fps support will roll-out immediately and will be available on channels such as CNN, CNN International, HLN, TNT, TBS, TCM, TruTV, Cartoon Network, Adult Swim, Showtime channels, half of Hulu's Fox affiliated and all NBC affiliates. Hulu live TV subscribers will be able to access 60fps streams on iPhone and iPad, Apple TV, Xbox One, Fire TV, Samsung Tizen TV and Nintendo Switch. This new frame rate increase will be sure to bump up HULU use during the Olympics and will appease many sports fans.