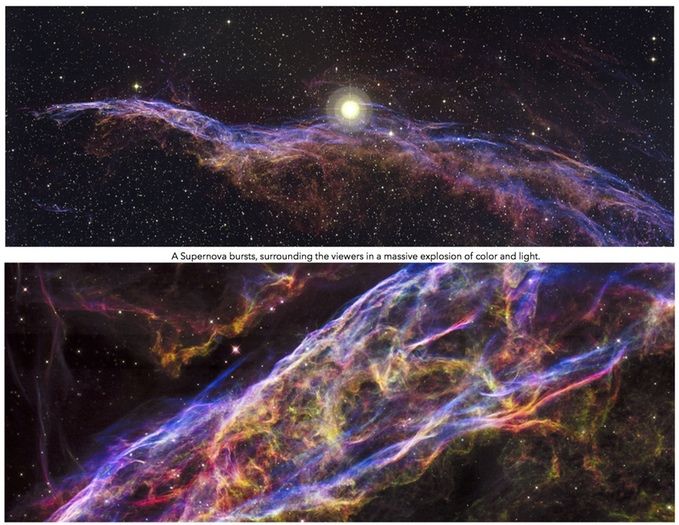 Joey Haar — August 3, 2016 — Tech
References: kickstarter & fastcodesign
Share on Facebook Share on Twitter Share on LinkedIn Share on Pinterest
Classical music performances have always been immersive experiences in which the crowd of listeners tune themselves out of their surroundings and into the symphony, but 'The Hubble Cantata' is taking that immersion even further with VR. The free performance, premiering at the Prospect Park Bandshell in Brooklyn, is a 20-piece classical ensemble with a 100 person choir that couples its music with a VR experience derived from images taken with the Hubble Telescope.

The Hubble Cantata's concert space hosts 6,000 people -- a challenging number considering the hardware requirements for VR. To hit those numbers, audience members will be provided with Google Cardboard headsets, the least expensive consumer VR headset available. Users need only download the 360-degree film to their smartphones before sitting down for the show.

The music for the Hubble Cantata was composed by Paola Prestini and the lyrics were written librettist Royce Vavrek. The live performance will feature renowned Met Opera stars Jessica Rivera and Nathan Gunn, as well as chamber musicians and a strings ensemble.
3.1
Score
Popularity
Activity
Freshness
View Innovation Webinars