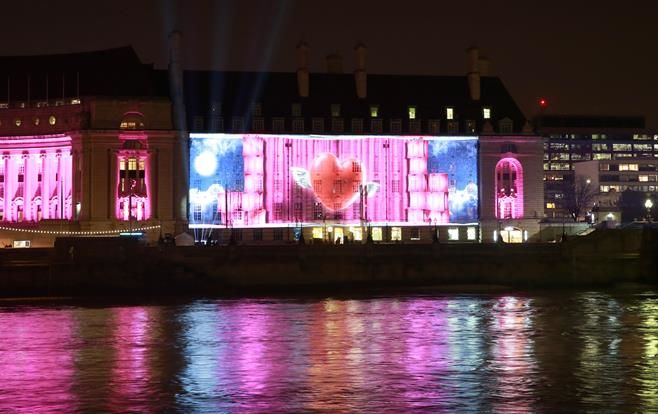 Laura McQuarrie — November 5, 2016 — Marketing
References: Very & eventmagazine
Online department store Very.co.uk recently kicked off its holiday ad campaign with a bang by setting up projections on some of London's most iconic buildings, targeting those on the streets.

The façade of London’s County Hall was one of the structures that was transformed with a 60-foot projection of Very.co.uk's animated advertisement. To match the colors of the brand, as well as the scheme of the advertisement, the Coca-Cola London Eye was colored in a bright shade of pink.

Alongside this colorful activation, an army of gift-givers took to the streets of London to give out surprise presents, which included everything from designer perfumes and some of this year's hottest tech gadgets to jewelry and high-end cosmetics. Each box given away contained two gifts—one for the recipient to keep and another to share.
3.9
Score
Popularity
Activity
Freshness