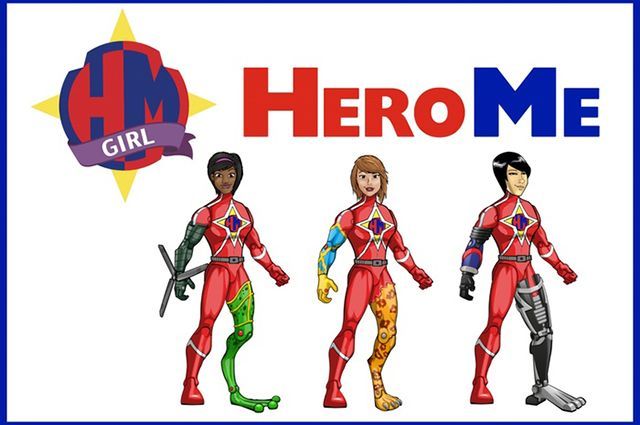 Laura McQuarrie — May 23, 2015 — Life-Stages
References: kickstarter & refinery29
Share on Facebook Share on Twitter Share on LinkedIn Share on Pinterest
Customization, superheroes and action figures are three things that kids gravitate towards, which is why the HeroMe line of superhero action figures was created. After the project was first launched a year ago on Kickstarter and met with an overwhelming amount of enthusiasm, HeroMe Girl is now being introduced.

This line of toys for girls introduces customizable female figurines, helping young females tap into their own creativity and imagination. Some of the parts that can be customized on the action figures include the head, arms, legs and superhero attachments. These options can be chosen through an online portal so that every child can create a model superheroine.

Now that there is a Wonder Woman movie in the works, perhaps more female superheroes will get as much time in the spotlight as their male counterparts. In the meantime, the development of HeroMe Girls makes sure that young girls are able to identify with strong female role models of their own design.
2.6
Score
Popularity
Activity
Freshness
Attend Future Festival