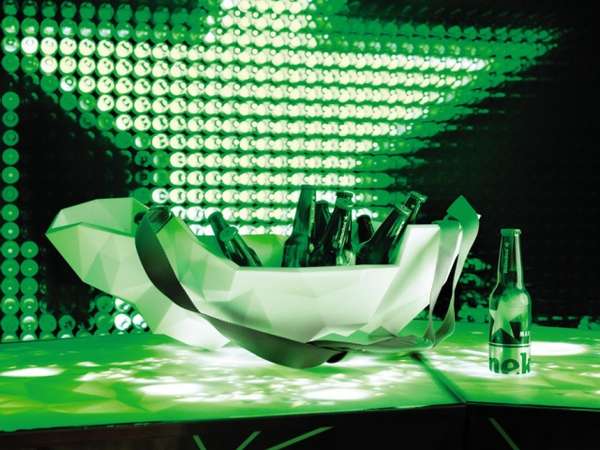 Jana Pijak — April 21, 2012 — Art & Design
References: heineken & frameweb
The Heineken Pop-Up Nightclub concept made its debut at the Salone del Mobile. The Dutch beer manufacturer revealed a space, created by a team of 19 international student designers who won a competition to realize their dynamic design concept.

Futuristic in its look, this nightclub fuses a contemporary concept along with virtual gaming, making for an interactive user-experience for visitors. While an interactive bar indicates an individual's turn in line when purchasing a drink, a video-powered screen sits above the DJ booth, creating a light show that changes according to musical sound.

Aiming to explore the idea of social space, the Heineken Pop-Up Nightclub is approved by its head of global design, Mark van Iterson. Sleek and purposeful, this luxe and future-friendly lounge is wowing its visitors.
3.4
Score
Popularity
Activity
Freshness