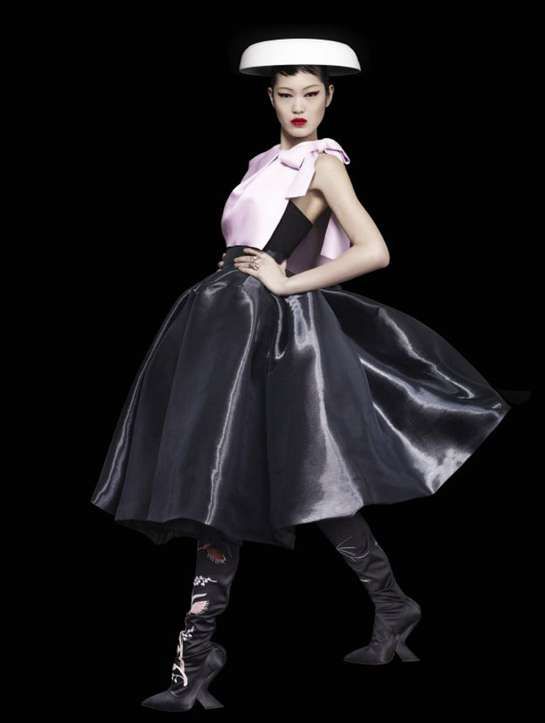 Carine Roitfeld and Karl Lagerfeld teamed up to create an editorial that was truly a celebration of women. Many different nationalities, age groups and body types were represented in this spread. Celebrities and high profile models were also included in the mix: Scarlett Johansson, Dakota Fanning, Lily Collins, Soo Joo Park and Gabourey Sidibe were just some of the people showcased. Everyone was dressed in gorgeous outfits, and each person looked incredible. This Harper’s Bazaar September editorial was a refreshing change from the usual looks in a magazine, and it was really great to see women coming together and looking fabulous.