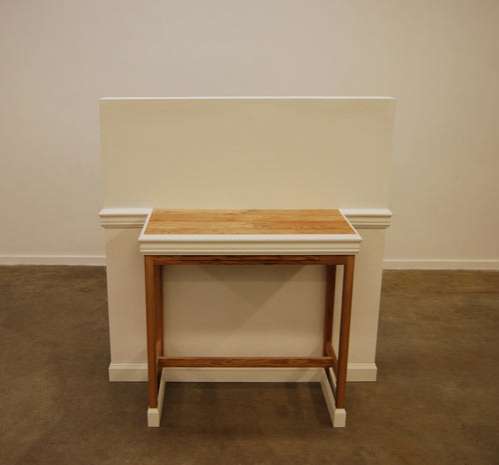 Meghan Young — July 31, 2011 — Art & Design
References: jasonrameyfurniture & design-milk
The Half Wall Series takes camouflaged objects to a whole new level. This unique furniture collection actually blends into its setting by taking on the form of walls -- hence its name -- instead of simply taking on a similar colorway or finish. For instance, the back of the Chairwall piece looks like an actual pillar of some sort.

Designed by Jason L. Ramey, who is a graduate student pursuing an MFA in furniture design at the University of Wisconsin in Madison, the Half Wall Series not only looks like it was ripped straight from the walls of houses and apartments, but each piece was actually made from materials typically used to build walls.

Although I can't necessarily see the Half Wall Series being used in actual homes, I'm sure it would make a great art exhibit.
3.4
Score
Popularity
Activity
Freshness