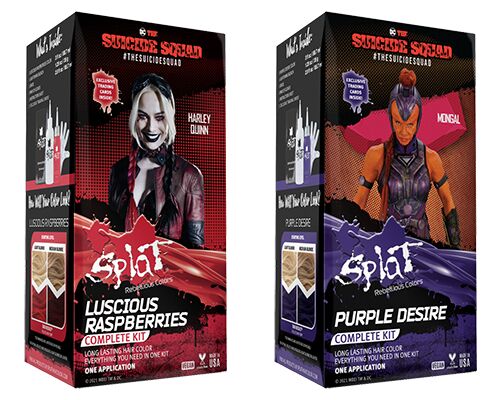 Michael Hemsworth — June 16, 2021 — Marketing
References: splathaircolor & drugstorenews
Share on Facebook Share on Twitter Share on LinkedIn Share on Pinterest
The Splat The Suicide Squad hair dye kits have been unveiled by the brand as its latest partnership with Warner Bros. Pictures that will offer avid fans of the namesake film with a way to gear up for its upcoming release.

Developlus Vice President of Marketing Jennifer Paulson boasted about the new Splat The Suicide Squad hair dye kits saying, "Having previously aligned with Warner Bros. Pictures for “Suicide Squad” and “Birds of Prey”, we are thrilled to be partnering for the third time around. The looks from “The Suicide Squad” will inspire fans everywhere and as a brand that strongly encourages expressing individuality, we are extremely excited to bring hair color users these limited-edition color kits.”
4
Score
Popularity
Activity
Freshness
Access Advisory Services