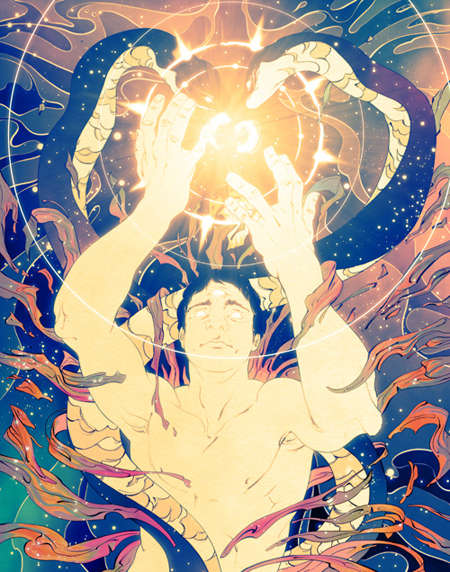 The Goni Montes Dream Series Portrays the Wandering of the Mind

Shapes, colors, space, physics -- all of these elements morph and change when you let your mind wander into the haze of dreaming. Goni Montes portrays people's imaginings, some deeply immersed in an alternate universe, while others are merely dozing off in a daydream as they sit on the subway. One image shows a man envisioning the source of ultimate power in his hands with his third eye wide open, while another depicts a woman performing a balancing act on a tightrope, riding a unicycle and trying to juggle lit torches.