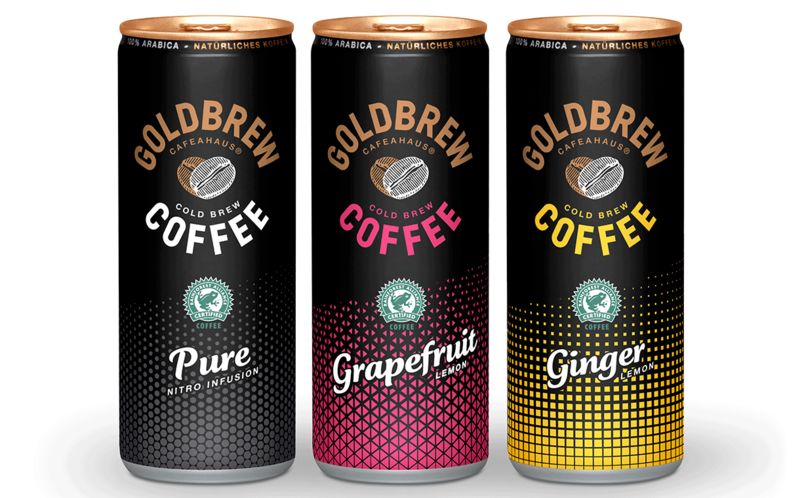 Michael Hemsworth — July 10, 2019 — Lifestyle
References: cafeahaus & foodbev
Share on Facebook Share on Twitter Share on LinkedIn Share on Pinterest
The Goldbrew coffee drinks have been unveiled as a different kind of sparkling beverage for consumers to choose when looking for a way to boost their energy level. Created in collaboration between Cafeahaus and the Ardagh Group, the drinks come in two flavor options including Ginger Lemon and Grapefruit Lemon, which both come packaged in slim cans. The drinks have also been launched alongside the Pure Nitro Infusion cold brew coffee that comes packaged in the Ardagh Group's Nitro Can.

Sales Director at DEK Berlin (owner of Cafeahaus) Marco Beran spoke on the new Goldbrew coffee drinks saying, "We’ve been very pleased to work with Ardagh in the introduction of RTD cold-brewed coffee in cans. In use, Ardagh’s aluminium beverage cans provide a shelf-stable environment for the coffee, even without refrigeration, while preserving the cold-brewed coffee’s full-bodied taste. And the Nitro Can adds an exciting experience on top.”
6
Score
Popularity
Activity
Freshness
View Innovation Webinars