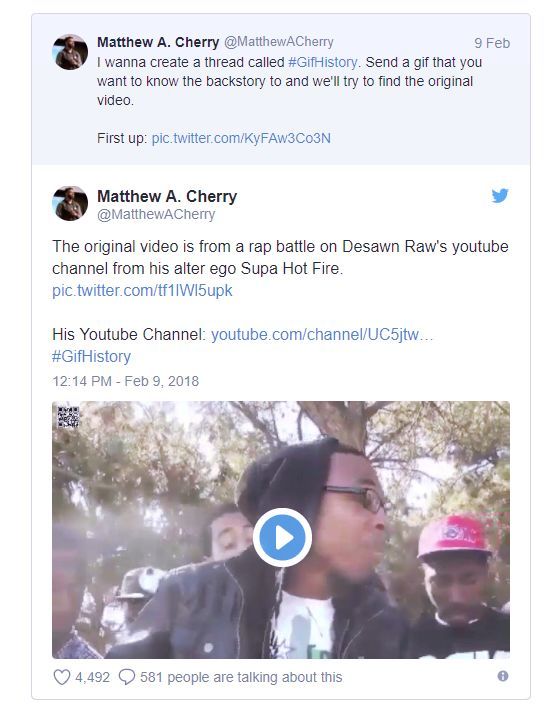 The #GifHistory Project Hopes to Source the History of Popular GIFs

Justin Lam — February 13, 2018 — Pop Culture
References: thefader & engadget
Share on Facebook Share on Twitter Share on LinkedIn Share on Pinterest
The #GifHistory project is a Twitter based initiative that hopes to find the history of any GIF submitted. The initiative was launched by director and Twitter personality Matthew Cherry, and hopes to track the source of GIFs back to their original videos. Cherry is not using any sort of AI assistance and is instead doing all the research on his own. The #GifHistory project may sound like an aimless endeavor, but it actually provides an interesting examination in the preservation of internet history.

Cherry has already sourced 20 well-used memes, with occasional help from others. The sourced GIFs already done include Rihanna rolling up her window, Whitney Houston and Natalie Cole pointing, JAY-Z nervously dancing and a man pointing at his head. Several other obscure references have also been found, which really serve as a testament to the commitment Cherry has in this task.