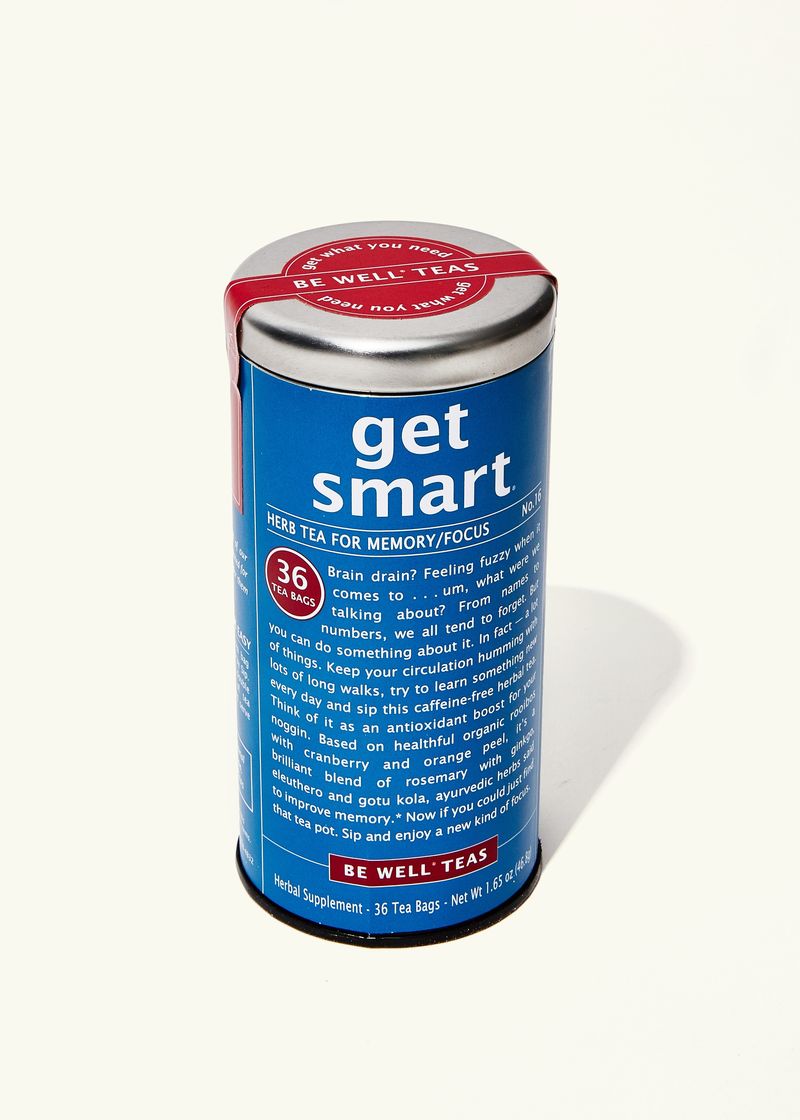 Those Looking to Improve Mental Fortitude Should Consider Smart Tea

Justin Lam — April 6, 2018 — Lifestyle
References: republicoftea & bonappetit
Get Smart tea by Republic of Teas may not be the most flavorful brew, but what it lacks in taste, it makes up for in its unique ability to help drinkers focus. Utilizing healthful and organic ingredients, Get Smart tea touts the ability to improve memory and aid in strenuous mental activity. Unlike coffee, which is commonly used to achieve similar effects, this tea is entirely caffeine free and promises performance without any crash.

The base of Get Smart tea is an organic rooibos, which is complimented in flavor with cranberry and orange peel. Some of the health focused ingredients include eleuthero, gotu kula, and ginkgo and rosemary. Eleuthero is a common ingredient in Chinese herbal medicine and is said to increase energy and strengthen stamina. Gotu kula has been noted to increase circulation and is used in ayurvedic medicine to treat anxiety and fatigue. Finally, ginkgo and rosemary are both linked to improved memory retention.