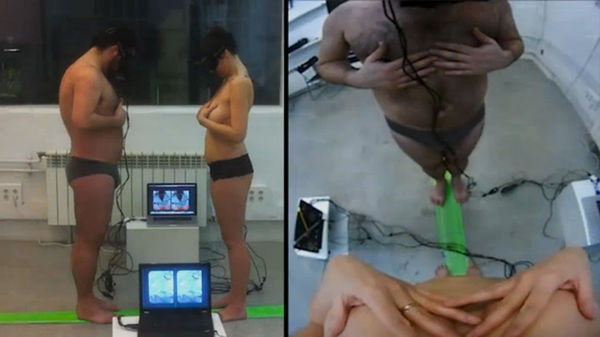 The Oculus Rift Answers the Age Old Question of Gender

Michael Baxter — January 23, 2014 — Naughty
References: vimeo & designboom
Share on Facebook Share on Twitter Share on LinkedIn Share on Pinterest
Gender swapping is an age old theme. The question "what would it be like to be the other gender?" has been the topic of many casual and very serious questions. BeAnotherLab has used the power of the new virtual reality visor, the Oculus Rift, to shed some light on the situation.

The Oculus Rift has been a big player in virtual reality as of late with it's true coming out party being CES 2014. The visor, while being heavily spoken about in gaming spheres as the new way to play, also has other uses, as demonstrated by BeAnotherLab.

In an experiment using various men and women, BeAnotherLab creates a brain illusion where two users face each other. Each person then sees a 3D video of what the other person is seeing, essentially swapping places with them. This experiment allows users to become what they envision. This is a powerful use for a tool that has been spoken of so far as as just a gaming peripheral.