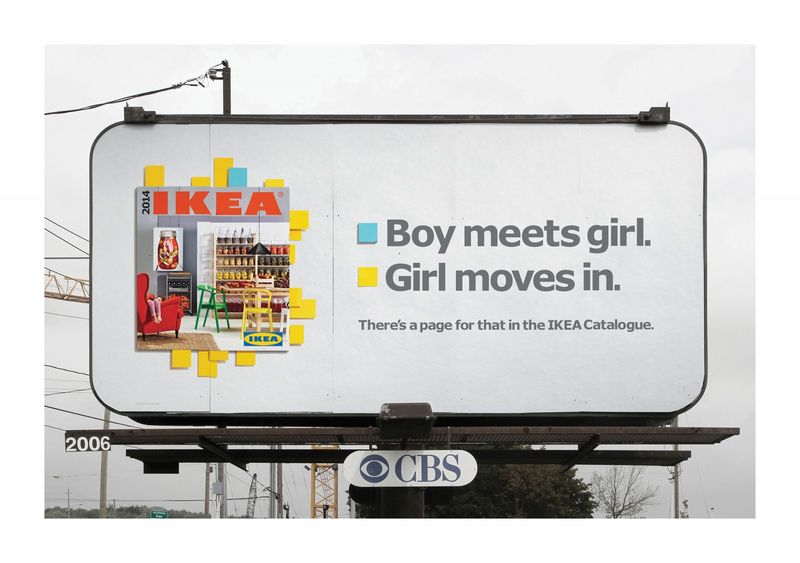 IKEA's Billboards Shows Scenarios for Leafing Through Its Catalog

Laura McQuarrie — July 19, 2014 — Marketing
References: ikea & adeevee
Some of the strongest and most successful advertisements are able to tell a powerful story and this incredibly simple series of IKEA billboards is spot on with its storytelling.

Each of the ads shows an IKEA catalog that's been filled with a number of colorful Post-It notes. The color-coding is intentional and on the right of the catalog, it's explained who the items are intended for. Depending on the scenario, the flagged pages are either evenly distributed, or there's way more of one color than the other. A few funny scenarios where the Post-Its are way out of proportion include a girl moving into a guy's apartment, couples renovating and the in-laws coming to visit. Although no furniture (other than what's on the cover of the catalog) is depicted, these brilliant ads show the broad appeal IKEA's furniture has.
3.8
Score
Popularity
Activity
Freshness