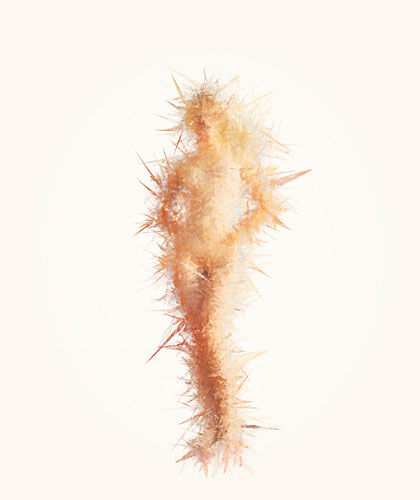 "Adam spent about a year developing a script that pulls text strings from the subject lines of spam e-mails and maps them to the colors in a pornographic image. It then layers thousands upon thousands of the newly colorful text strings to create a stylized version of the original image." (Wired Magazine)