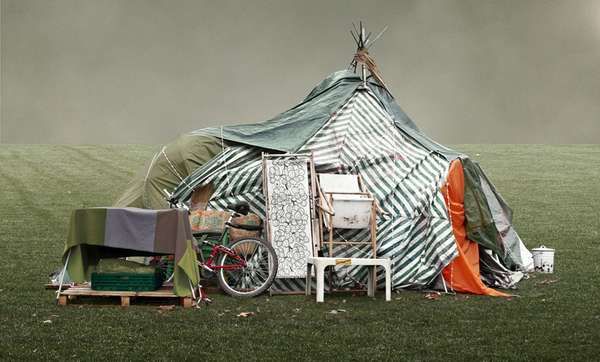 The planned erection of 'Stuttgart 21,' a train station that'll be a massive construction zone in Europe, has made protestors outraged and ready to rumble for their rights. This series of photos captures the growing demonstrations on the construction site in an effort to prevent the station from being built. Frank Bayh & Steff Rosenberger aptly titled this series 'The Development of New Urban Quarters in The Heart of the City.'

The photographs showcase make-shift homes built by protestors. Each tent is made with tarps, wood, umbrellas and more. Occupiers constructed their own dwellings that demonstrate a variety of different architectural expressions that each have its own style and functionality.