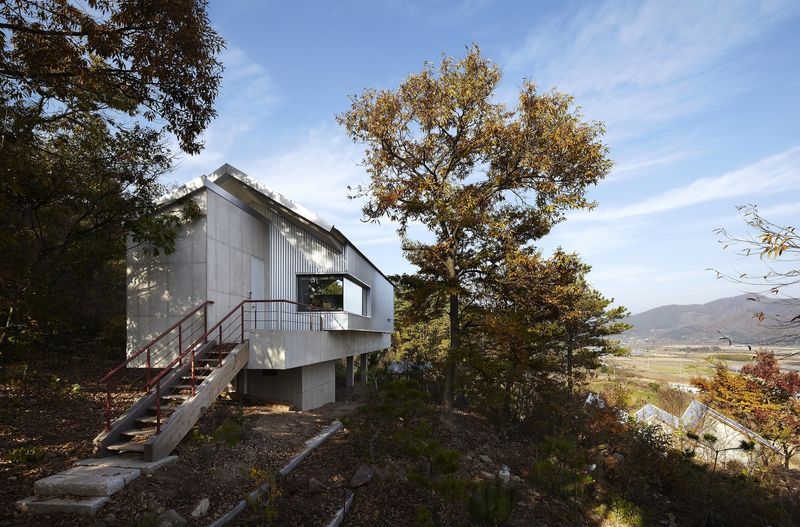 This Home in South Korea Highlights the Surrounding Environment

Joey Haar — January 17, 2018 — Art & Design
References: archdaily
Share on Facebook Share on Twitter Share on LinkedIn Share on Pinterest
It can be difficult to embrace nature when building a home in an idyllic environment, since the stated purpose of a building is to keep people sheltered from the outdoors, but this forest bunker from JHW IROJE Architects manages to do the trick. Though constructed in a vaguely Brutalist style that seems at odds with nature when viewed in a vacuum, the home's layout actually makes it an ideal edifice for engaging with the natural.

The forest bunker, which has been designed for a soon-to-retire professor and engineer to live in after wrapping up his career, is indeed made mostly out of glass and concrete — materials far more foreign to the environment than wood, for instance. However, the concrete made it far less expensive to build the home in several segments, with different rooms disconnected and scattered around the property. As such, living in the house will necessitate going outdoors constantly as one moves between these separated rooms.
3.6
Score
Popularity
Activity
Freshness
View Innovation Webinars