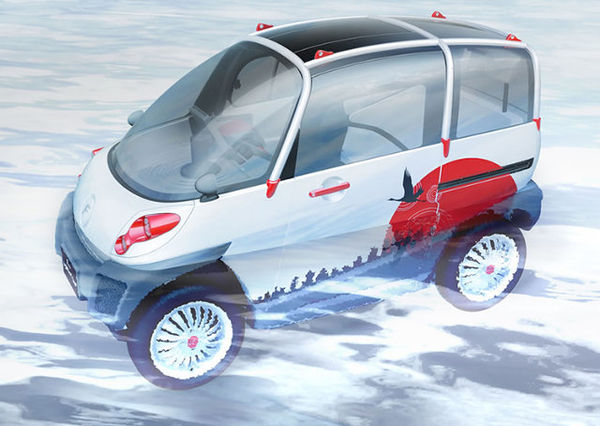 Alyson Wyers — April 24, 2014 — Autos
References: fomm.co.jp & fastcoexist
Share on Facebook Share on Twitter Share on LinkedIn Share on Pinterest
The FOMM Concept One is an electric car that is also an electric boat, so you could drive out of a flood. Inspired by the 2011 tsunami in Japan, the designer created a car that could meet rising waters head on--as long as there is access to an outlet. While the electric vehicle is not intended to drive regularly through water, it is meant to float its passengers to safety. Its primary function is as a car, not an amphibian.

With help from a water jet generator and lightweight tires, the FOMM Concept One will help its occupants survive in a flood. However, it is not entirely waterproof. If it is in an actual flood, some damage will be done, but the car will not be ruined.
4.8
Score
Popularity
Activity
Freshness
View Innovation Webinars