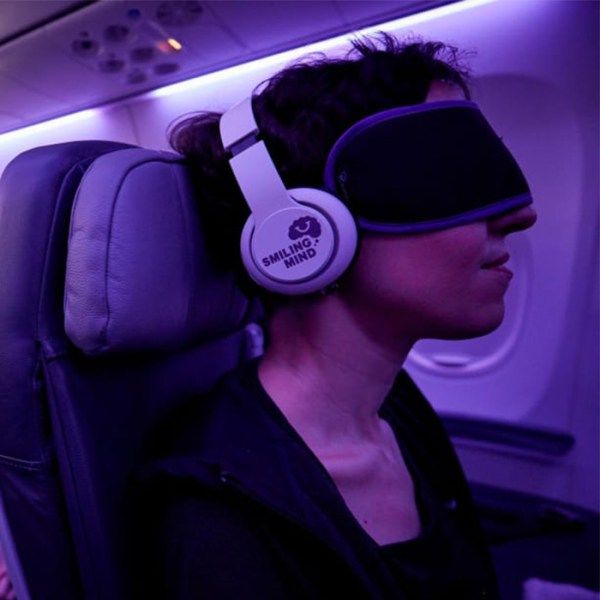 Justin Lam — October 18, 2018 — World
References: edition.cnn & coolhunting
While air travel has been the norm for decades now, flying nerves are still quite prevalent among many travelers. In an effort to combat these flying nerves Virgin Australia is introducing meditation as a new focus on the flyers well-being. According to Virgin founder Richard Branson, "I am so excited to see Virgin Australia deeply embedding mindfulness into the workplace and onboard flights." The first meditation-dedicated flight launched on October 11th, 2018, and was done in partnership with Smiling Mind, an Australian-based well-being and mindfulness meditation company.

To allow for a meditative space and to end flying nerves, Virgin Australia will introduce meditation programming on its entertainment systems and will allow travelers to identify themselves as anxious flyers. The airline will then send those flyers calming communications before the flight and support them during airtime.

Audio-Paired Sleep Sprays
Meditation App Calm's 'Sleep Mist,' is to Be Used with a 'Sleep Story'