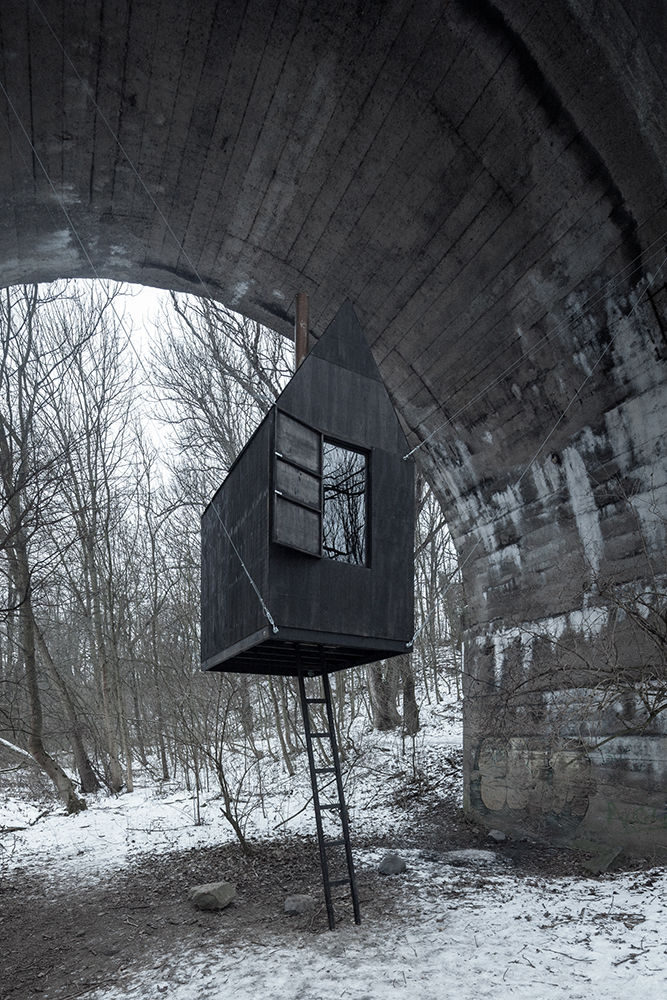 The Flying Black House is a Scary Reminder to Live Simply

Michael Hines — March 22, 2017 — Unique
References: h3t.cz & neatorama
Share on Facebook Share on Twitter Share on LinkedIn Share on Pinterest
If the Flying Black House were on AirBnB, it would undoubtedly be one of the company's most sought-after listings. In reality the tiny suspended house, built by Czech firm H3T Architeckti, is more a design study than anything else. It's suspended from a bridge via several steel cables with a ladder providing access. The space is small, measuring around 43 square feet, and includes a sleeping loft.

The Flying Black House admittedly looks a bit creepy, but once you get over the potential scariness of living under a bridge, you begin to realize just what this space represents. People around the world are leaving rural and suburban areas in favor of cities, a reverse migration which has contributed to housing crises and rising rents worldwide. The Flying Black House is an artistic reminder that the solution to a lack of housing may sometimes be an unconventional, less-is-more approach.
6.1
Score
Popularity
Activity
Freshness
Get Trend Hunter Dashboard

Gravity Defying Homes
The Multilayered BE House Has a Glass Middle Level, Giving a Suspended Look