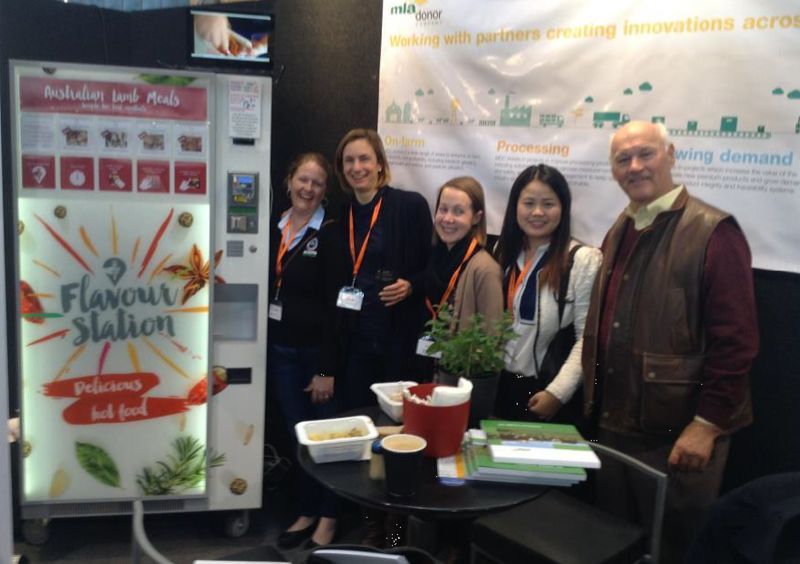 Beyond selling just sauced meatballs, the Flavour Station sells complete meals. There are four that the current prototype offers. These are: rice and a Massaman curry sauce, rice and a tamarind lime peppercorn sauce, couscous and a tagine sauce, and pasta with a Napolitano sauce. Each of the dishes feature Australian Lamb Meals' meatballs as the main protein.

Trials of the fully automated vending machine have been run in Frankfurt, Germany, as well as several towns in Belgium and Austria.
1.6
Score
Popularity
Activity
Freshness
View Innovation Webinars