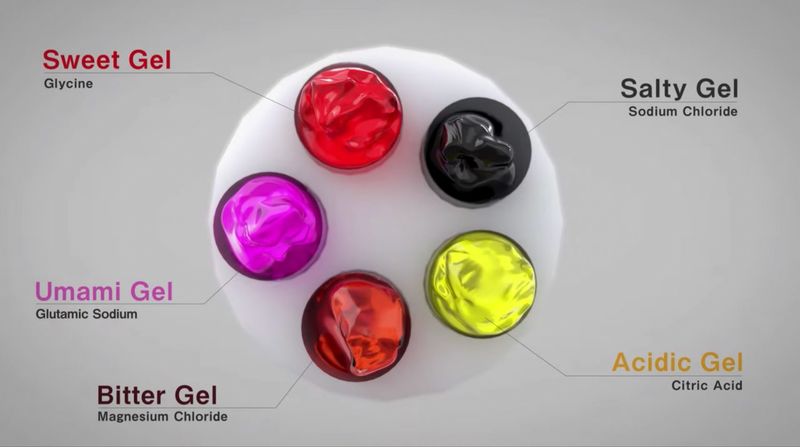 Kalina Nedelcheva — May 28, 2020 — Tech
References: youtube & dezeen
Share on Facebook Share on Twitter Share on LinkedIn Share on Pinterest
Japanese researcher Homei Miyashita and his team have developed a new flavor device that is rather interesting in its implications for creating "new possibilities for human-computer interaction." The tech innovation is called 'Norimaki Synthesizer' and its function relies on "five gel nodules made of dissolved electrolytes," including sodium chloride, glycine, magnesium chloride, citric acid, and glutamic sodium. By licking each gel nodule, users are able to experience one of the five basic taste sensations—sweet, salty, sour, bitter, and umami—without having to ingest anything.

The Norimaki Synthesizer flavor device is believed to "provide an entirely new medium for multimedia experiences, which is important during an age where consumers actively look for ways to be more sensory engaged.