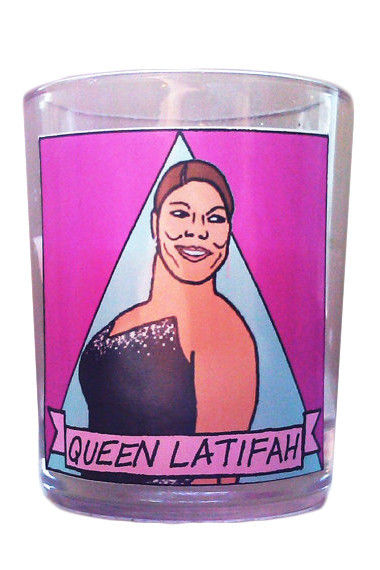 The store's title is a pun -- Markle creates candles that pay tribute to celebrities, AKA our modern-day idols -- but it's also a double entendre, the second meaning referring to Markle's "deep love for the queer community." Every celebrity who is featured on a candle is considered to be, in some way or another, a gay icon or activist. Her very first candle was Grace Lee Boggs, who she would light up and ask for guidance. The list has since expanded to include Queen Bey, Dolly Parton, Nicki Minaj, Prince, Maraget Cho and Lavern Cox.