US Sitcom Maps
Next
Set of
Related
Ideas 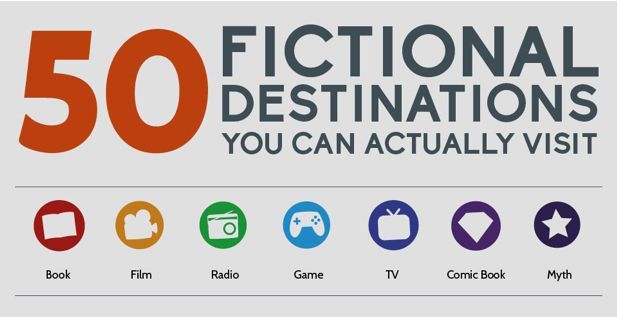 This Infographic Explains Where Fictional Destinations Can Be Found

When it comes to fictional destinations portrayed in movies or TV, the spots are typically where it was filmed. For example, Jaws's Amity Island was shot in Martha's Vineyard and Game of Thrones's Kings Landing is represented by Mdina, Malta. Winnie the Pooh fans can visit Ashdown Forest in England, which inspired the 100 Acre Woods. The Superman comics never name a specific location, but many believe Smallville is located in a rural Kansas town like Topeka.
1.6
Score
Popularity
Activity
Freshness
View Innovation Webinars