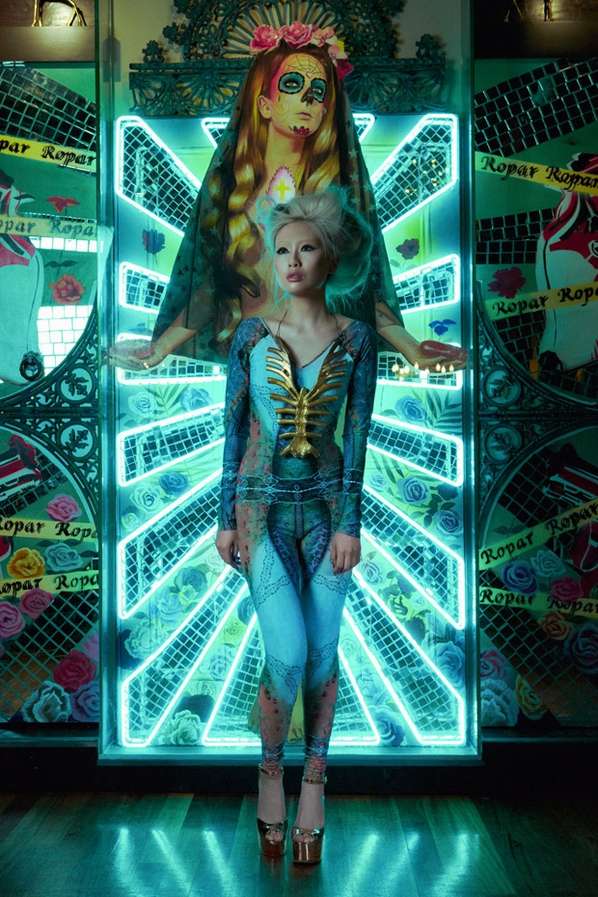 Meghan Young — November 15, 2012 — Naughty
References: fashiontrend.au & fashionising
Share on Facebook Share on Twitter Share on LinkedIn Share on Pinterest
As though shot in the bowels of some neon-lit underground world, the FASHIONTREND Magazine ‘Tokyo Voodoo’ editorial is gritty and dark with a big dose of edge as well. Since it stars model Sara Phanekham, it wouldn’t be surprising if a reader made a second best guess that it was shot in the city of Tokyo, with its vibrant nightlife and futuristic aesthetic.

Shot by photographer Fiona Storey, the FASHIONTREND Magazine ‘Tokyo Voodoo’ editorial was actually captured in Melbourne, which is appropriate since that is where the the publication is based out of. Celebrating its 29th anniversary, the photoshoot looks like something out of a sci-fi flick. The looks, which were styled by Bianca Christoff, are equally dramatic, accentuated with blonde hair by Frank Apostolopoulos.