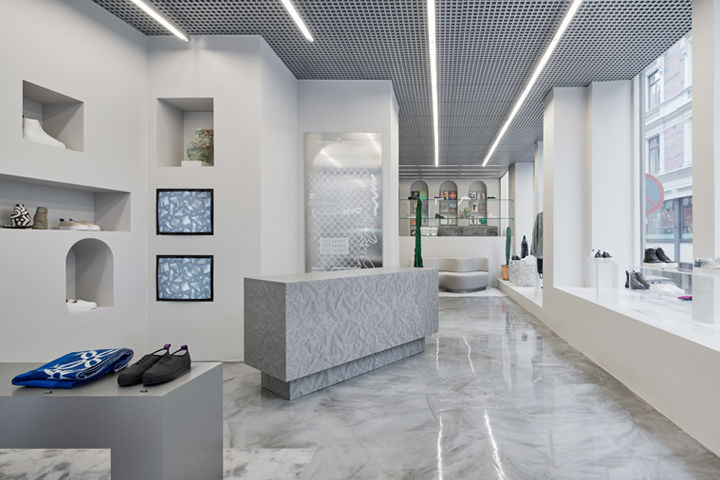 The EYTYS store in Stockholm is Inspired by Two Design Genres

Rebecca Byers — March 7, 2016 — Business
References: retaildesignblog.net
Located in Stockholm, this new EYTYS store is a stunning approach to merchandising characterized by its use of rich marble and colorful accents. The entire space takes cues from brutalist architecture and minimalist sculpture, namely the works of Japanese designer Shiro Kuramata and Spanish sculptor Xavier Corberó. With cacti and sculptural pillars littered around the uncluttered space showcasing the glitzy wears, the space feels like a futuristic spin on a mid-century California mansion, if everything had been replaced with grey scale.

The cult sneaker brand, launched in 2013, has quickly expanded its presence and grown to be carried at some of the most important sneaker shops in the world. The EYTYS store is a must-see shopping destination for anyone who finds themselves in Stockholm.
5.6
Score
Popularity
Activity
Freshness