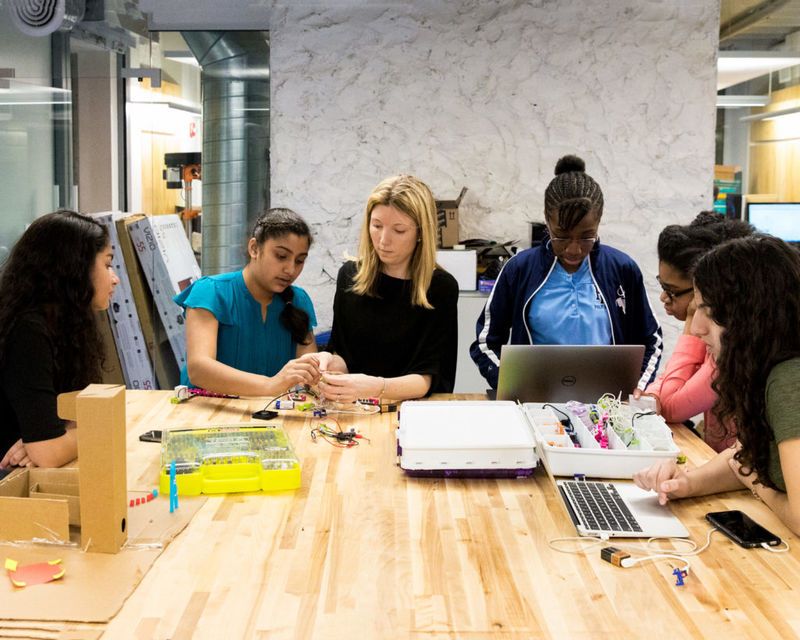 Girls Who Code Seeks to Inspire & Empower Women in Tech

Kalina Ned — March 11, 2019 — Tech
References: ca.girlswhocode
Share on Facebook Share on Twitter Share on LinkedIn Share on Pinterest
Girls Who Code is a not-for-profit organization that seeks to close the gender gap and empower women in tech environments. The existence of such a collective is crucial in assuring equality in the field as studies find that "82 per cent of Canadians picture a man when they imagine a computer scientist," as well as that "one in two Canadians cannot name a single woman scientist or engineer."

The initative to inspire and empower women in tech is expanding to Canada where 50% of the workforce is female but less than 25% are in STEM jobs. Girls Who Code makes free programming courses available. The not-for-profit launched in November of 2018, while it has been operating in the United States for quite some time and has reached over 90,000 girls in the country.
2.4
Score
Popularity
Activity
Freshness
Get Better and Faster
play_circle_filled