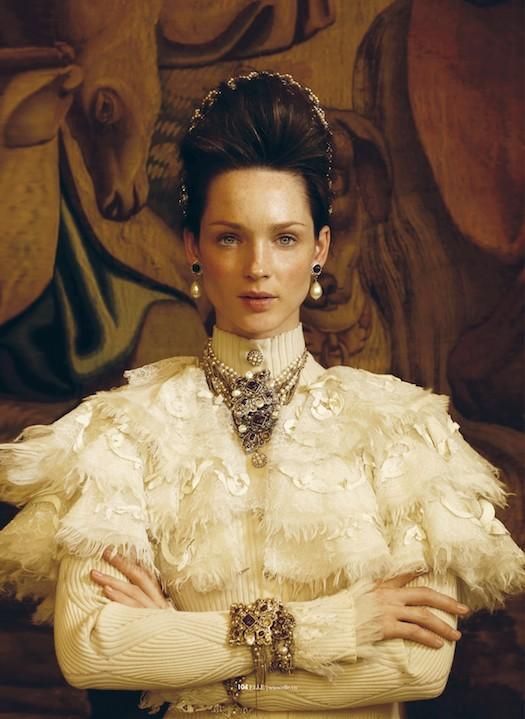 Vasiliki Marapas — October 15, 2013 — Pop Culture
References: models & thecitizensoffashion
The ‘Girl in the Painting’ editorial for ELLE Vietnam October 2013 is a mix of modern-day style and 18th-century portraiture aesthetic. The model stars in a series of shots photographed by Juan Martin – she navigates bustling city streets, mingles with the glitterati at luxurious cocktail parties and dons some queenly styles that would have made Marie Antoinette jealous.

For instance, one look has the model in a high-necked sweater, a feathered chiffon shrug and luxurious jewels clasped around her neck, wrists and dangling from her ears. Another shot has her taking a toned-down version of this look to the city streets – wearing the same shrug overtop an ankle-length knit dress. Finally, in another shot the model dons a tiara fit for a princess, an intricately pattered beige gown and pearl cufflinks.