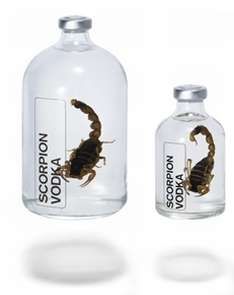 lourdes sanchez bayas — March 20, 2008 — Unique
References: edible
Share on Facebook Share on Twitter Share on LinkedIn Share on Pinterest
The word is Entomophagy and that's the practice of eating insects. Sounds appetizing? I read somewhere that there are 1,462 recorded species of edible bugs and insect eating is part of the culinary menu of many countries. But we are so finicky here in North America.

Anyway, many species of insects are lower in fat, higher in protein, and have a better feed to meat ratio than beef, lamb, pork, or chicken. Insects are also said to be tasty. Really! Even if you are too squeamish to have them as a main dish, I have read that you can make insect flour and add it to bread and other dishes for an added protein boost. Check out these insect delicacies.