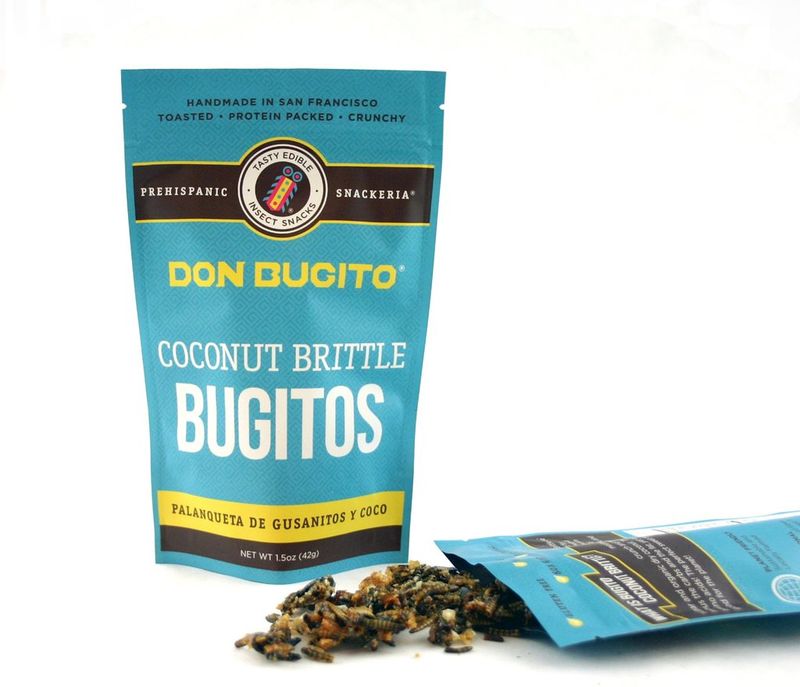 Laura McQuarrie — January 22, 2020 — Eco
References: donbugito & specialtyfood
Don Bugito makes a range of edible insect snacks, including a few sweet options like crickets covered in chocolate and Coconut Toffee-Brittle Bugitos. This snack is made with toasted mealworms that are covered in melted sugar and organic dry coconut and as Don Bugito describes—"think caramelized popcorn minus the carbs and the fat, yet loaded with protein and amino acids."

While there are many parts of the world where people eat insects, for the most part, North American consumers are new to the idea and are being enticed with sweet snacks that introduce edible insects as a sustainable source of protein, especially as an alternative to meat as the global population swells.