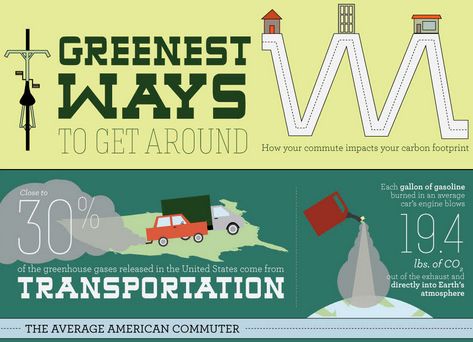 This Guide Looks at Eco Friendly Transportation for Today & the Future

Laura McQuarrie — February 25, 2014 — Autos
References: livinggreenmag & dailyinfographic
Share on Facebook Share on Twitter Share on LinkedIn Share on Pinterest
This infographic highlights some of the most eco-friendly transportation means of getting around. Transportation is responsible for about 30% of the greenhouse gases released in the United States, since most commuters make daily treks of about 13 miles on average by car.

Two of the top cities with the most used public transportation services include New York City and San Francisco, both of which are also known as highly walkable cities. Only about 3% of Americans walk to work, but this is understandable if your morning commute is miles long.

However, instead of hitting the pavement, there are some other ways drivers can reduce their carbon footprints, such as switching to an electric car, which will have an even smaller footprint than a hybrid in the future.