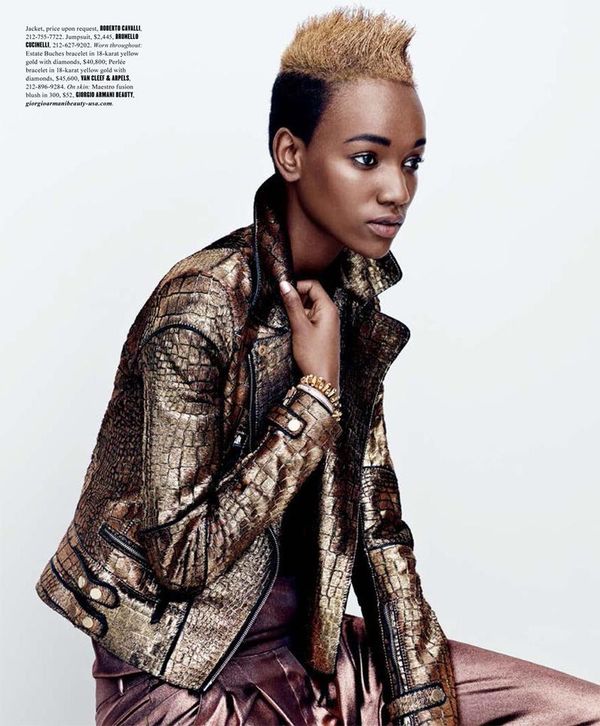 Meghan Young — June 11, 2014 — Fashion
References: dujour & models
Share on Facebook Share on Twitter Share on LinkedIn Share on Pinterest
The Dujour Magazine Summer 2014 editorial is appropriately titled 'Iron Maiden.' Although 'modern' could have been thrown in there for those expecting something straight out of 'Game of Thrones.' The photoshoot showcases a range of metallic outfits that will bring out the inner warrior in any woman. Granted, this 'armored' outfits are made for boardrooms and boutiques.