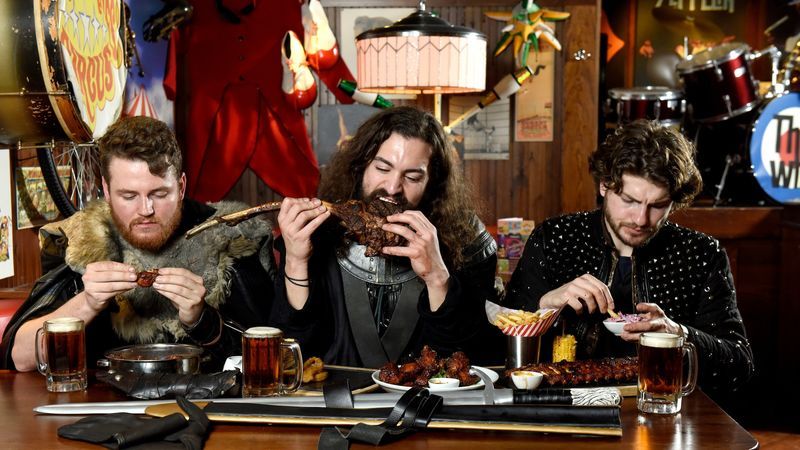 Katherine Pendrill — April 16, 2019 — Pop Culture
References: bustle & brandeating
Share on Facebook Share on Twitter Share on LinkedIn Share on Pinterest
To celebrate yesterday's premiere of the final season of Game of Thrones, TGI Fridays served up a special 'Dragon-Slayer Feast' at its UK locations. With everything from oversized steaks to hot wings, the feast was certainly fit for a dragon slayer.

TGI Fridays' Dragon-Slayer Feast was a special menu offered at select locations in the UK in honor of the last season of Game of Thrones. One of the most enticing items on the special menu was the 'Tomahawk Dragon-Slayer Steak,' which was a massive 30-oz, bone-in ribeye steak served with mushrooms, onion rings, fries, and fried jalapenos known as 'Texas toothpicks.' Other Game of Thrones-themed dishes included the 'Dragon Fire Hot Wings' (the chain's hottest wings ever), and the 'Bucket of Beast Bones' featuring ribs and wings served in a "medieval-style metal bucket."